During my adventures in London during 1966, my ex-partner Simon Posthuma and I had established our selves in a great Georgian style place in St. Stephens Gardens, Bayswater. The house was quite run down and dilapidated but had large rooms. The living quarters were on the ground floor and a spacious studio on the second floor gave us plenty of room to paint large canvases and objects, install work tables, store artwork and invite musicians to play and jam and do whatever we wanted. 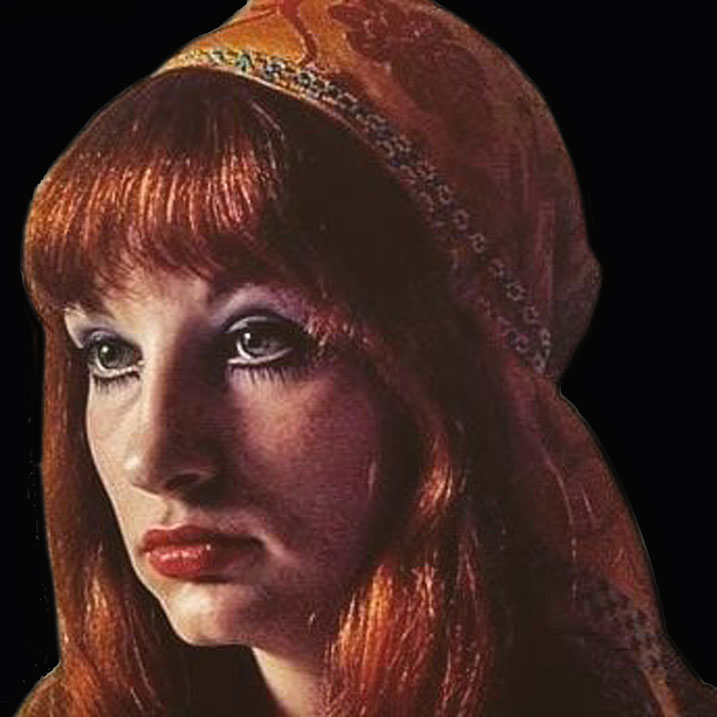 By early 1967 we had befriended the charismatic Simon Hayes, owner of Mayfair Public Relations, who represented among others Brian Epstein and Robert Stigwood, CREAM’s manager. Stigwood was looking to promote the power trio’s upcoming American tour in a bold and new way and had seen the poster I designed for Epstein’s Saville Theatre’s Sunday night rock concerts, which intrigued him and indirectly led to the commission. Barry Finch, an associate with Mayfair (and later a member of the Fool collective), took me and my portfolio to meet with Stigwood and we discussed designing stage costumes and graphic promotional material for the band. When I suggested to Stigwood that it would be really cool to paint their instruments as well he was delighted and commissioned the lot on the spot. 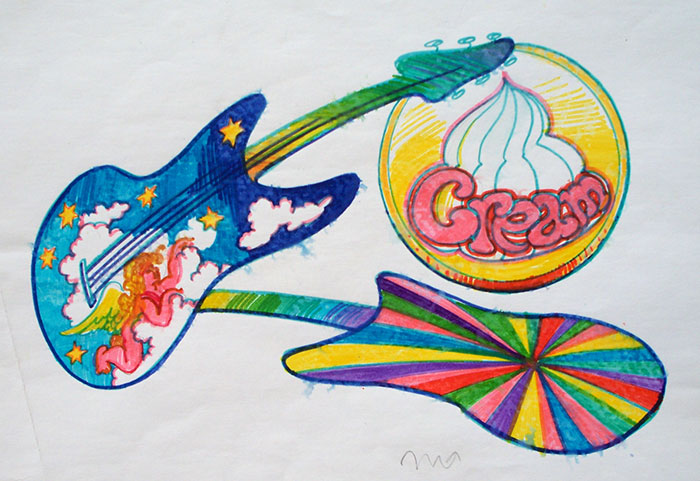